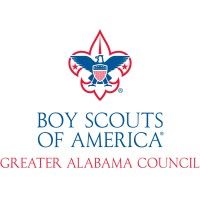 MEMORABLE MOMENTS AKA THE POT

The Beginning:  Chilliman Kling – 4-16-94 – Young Mr. Kling was planning on cooking some chili for dinner so he put his pot on the stove and went to open the can of chili.  By the time he returned, the damage was done.  Since gas flames are hotter than the melting point of aluminum, the pot was no longer chili worthy and the award was born.

Daniel Crosby – Summer camp 1995 – “Dirty Dan”  - Neither  shower stall nor waterfront marred the enjoyment of his week at summer camp and he was reckoned the dirtiest scout in camp ( and the smelliest on the trip home).

Philip Case – Summer Camp 1996 – “Gizmo”  - Phillip managed to have the GIZMO 3 different times during his week at camp and had to provide a song for the mess hall at lunch each time.  We suspect he did it on purpose.

Patrick Waller – Fall 1998 – “Is It Done Yet?”  - Pat was cooking hamburgers and French fries for dinner.  The burgers were almost finished and he started the fries in the hot oil so they would be ready  soon.  Since he already had a spatula to cook the burgers, he also used it for the fries.  Unfortunately,  the spatula was plastic and didn’t survive it’s trip into the oil.  Pat seemed surprised and disappointed.

Philip Fletcher – summer 2001 – “hotwax”  - having been warned about the danger of flames in a tent, Phillip was very careful to not get any wax drippings on the tent floor, only on himself.  All the time with “NO FLAMES IN THE TENT”.

Jerry Mandrell - ??? – “Dances with Snakes”  - Mr. Mandrell is deathly afraid of snakes and while the troop was cleaning the shoreline around the Green Mountain Nature Preserve lake he ran across a “huge” black snake.  Having upset the snake with his rake,  he was relieved to see it slither off towards Mr. Friday.  Bill of course tried to capture the snake,  but only managed to turn it around back towards Jerry.  As observed from across the lake Jerry was whooping, hollering, and dancing on the top of the bushes as the poor snake made his escape at ground level.  First aid was applied to the resulting sprained ankle and we withdrew from the dance.

Poor Bill Friday - ??? -  “axeman” - Mr. Friday was demonstrating the use of a poor man’s axe (breaking wood over a large rock).  One piece of wood was being difficult and extra force was applied.  The wood slipped out of his hand and bounced up  to strike him in the lower lip.  After a  hike to the trailhead and a trip to the emergency room, Bill went home with stiches inside and outside of his lip.

Carson May – Summer 2009 - “Hey Pig” - While hiking and camping in the Sipsey  Wilderness area.  We had encountered many signs of wild pig.  However, every time Carson was leading the hike, he managed to run into herds of pigs.  After the third encounter,  we determined he must have been calling them in.

Daniel Pilgrim– Winter 2011 -  “Polar Bear”  - We were camping by the Sipsey river in subfreezing weather when Daniel and a friend decided they needed more water for cooking breakfast.  A large Splash and Scream announced the Daniel had taken the plunge and was soaked.  By the time he got back to camp he was turning blue and his clothes were freezing.  He went into a sleeping bag while we scrounged up dry clothes from the other hikers and melted his clothes by the fire so we could fold them up into a backpack.

Ben Jensen – Summer 2014 – “Fireball” - Ben was preparing his evening meal using a propane stove and while assembling his stove it could be heard from across the camp still hissing.  When he pressed the piezo button he was actually inside the fireball for a short time.